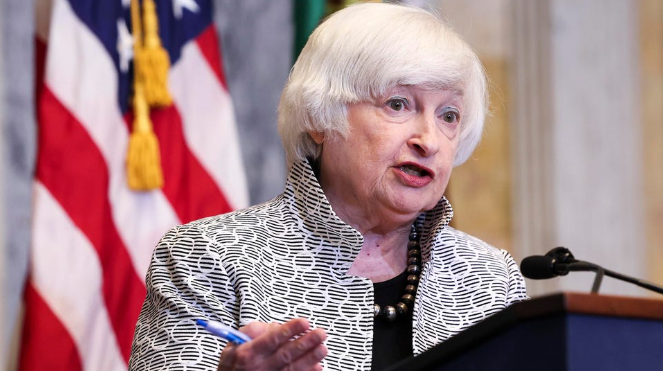 Gas prices could jump again this winter following a months-long decline in the United States, Treasury Secretary Janet Yellen warned Sunday, as the European Union plans to largely stop buying Russian oil in December over the war in Ukraine.