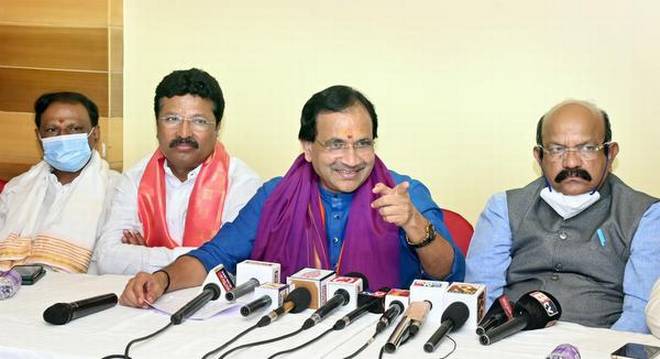 Stressing on the Union government’s initiatives to tap renewable energy sources, Union Minister of State for Chemicals and Fertilisers, New and Renewable Energy Bhagawanth Khuba said that the country would meet its target of 175 GW of energy from solar, wind and other renewable sources. “We are already generating 101 GW from renewable sources. Projects with a combined installed capacity of 50 GW are in progress. Work on other projects with a combined installed capacity of 25 GW would begin soon. Keeping the growing energy requirement of the country in mind, we have set a target of 450 GW from renewable energy sources by 2030,” Mr. Khuba said at a media conference at a private hotel in Kalaburagi on August 18. The Minister was in the city to take part in his party’s Janashirvada Yatra.