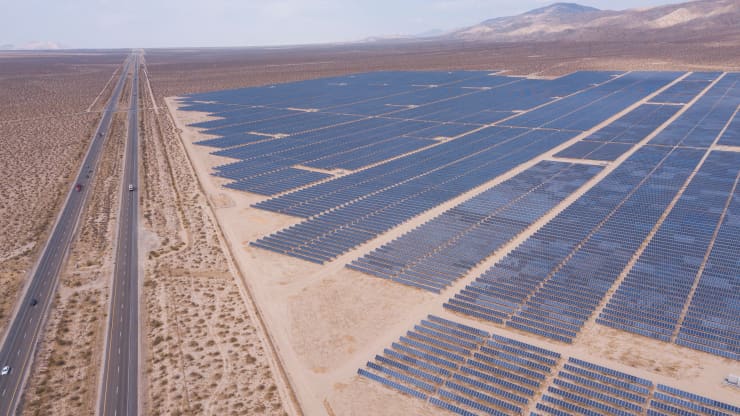 Solar costs dropped more than 70% over the last decade, and Biden wants to accelerate the trend

Solar power in the U.S. has grown 4,000% percent over the last decade, but it still only accounts for 3% of electricity generation. The Biden Administration wants to change that, and on Tuesday said that solar could provide 40% of the country’s electricity by 2035 — if the government enacts supportive policies. The total cost of a solar system depends on variables including size, whether it’s purchased outright or leased and power prices in the specific location. Solar’s levelized cost of energy, which allows it to be compared to other forms of power generation, has fallen more than 70% over the last decade.