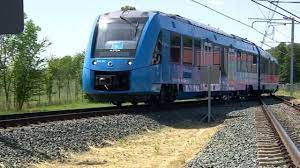 Using hydrogen gas as a fuel produces only water as a by-product, rather than greenhouse gases such as CO2, which are harmful for the climate. It can be used to power fuel cells - devices that generate electricity through an electrochemical reaction - used in a turbine for electricity or burned in a boiler and vehicle engine. The government plans to deliver 5GW of hydrogen production capacity by 2030, estimating that the industry could be worth £900m and support more than 9,000 jobs by the same date. As such, it is a clean, versatile energy source that could power cars, trucks and trains, heat our homes and generate the power needed for industrial processes such as steel production.